Double Bronze for Canada in Rotterdam

Andrea Proske (Langley, BC) and Gabrielle Smith (Unionville, ON) captured Canada’s first medal of the day taking the bronze in challenging head wind conditions (8:03.77) with Romania taking the gold (7:58.39) and Australia winning the silver medal (7:59.11). This marks the second World Cup medal for this Canadian crew, earning a silver medal at the 2018 World Cup 3 in Lucerne.

“It definitely bumpy out there,” said Proske. “We train on some pretty wavy water so this isn’t so strange here. I think the change in weather conditions are part of why I love the sport so much because it can be anyone’s game, it’s not only mental out there but also very technical.”

The Women’s Eight crew secured Canada’s second bronze medal of the day in equally challenging conditions, overtaking Russia for 3rd place position at the 1000m mark. Canada held onto the pace to cross the line with the bronze (6:46.77) behind gold medallists from New Zealand (6:32.40) and Australia in silver (6:36.04). The Canadian Women’s Eight won the silver medal at the 2018 World Rowing Championships in Plovdiv, Bulgaria.

“It was tough out there with the wind but we committed from our start,” said coxswain Kristen Kit. “I am really proud of these women! They stuck with it and in the 2nd and 3rd 500 meters. They trusted in the process and they trusted in each other!” 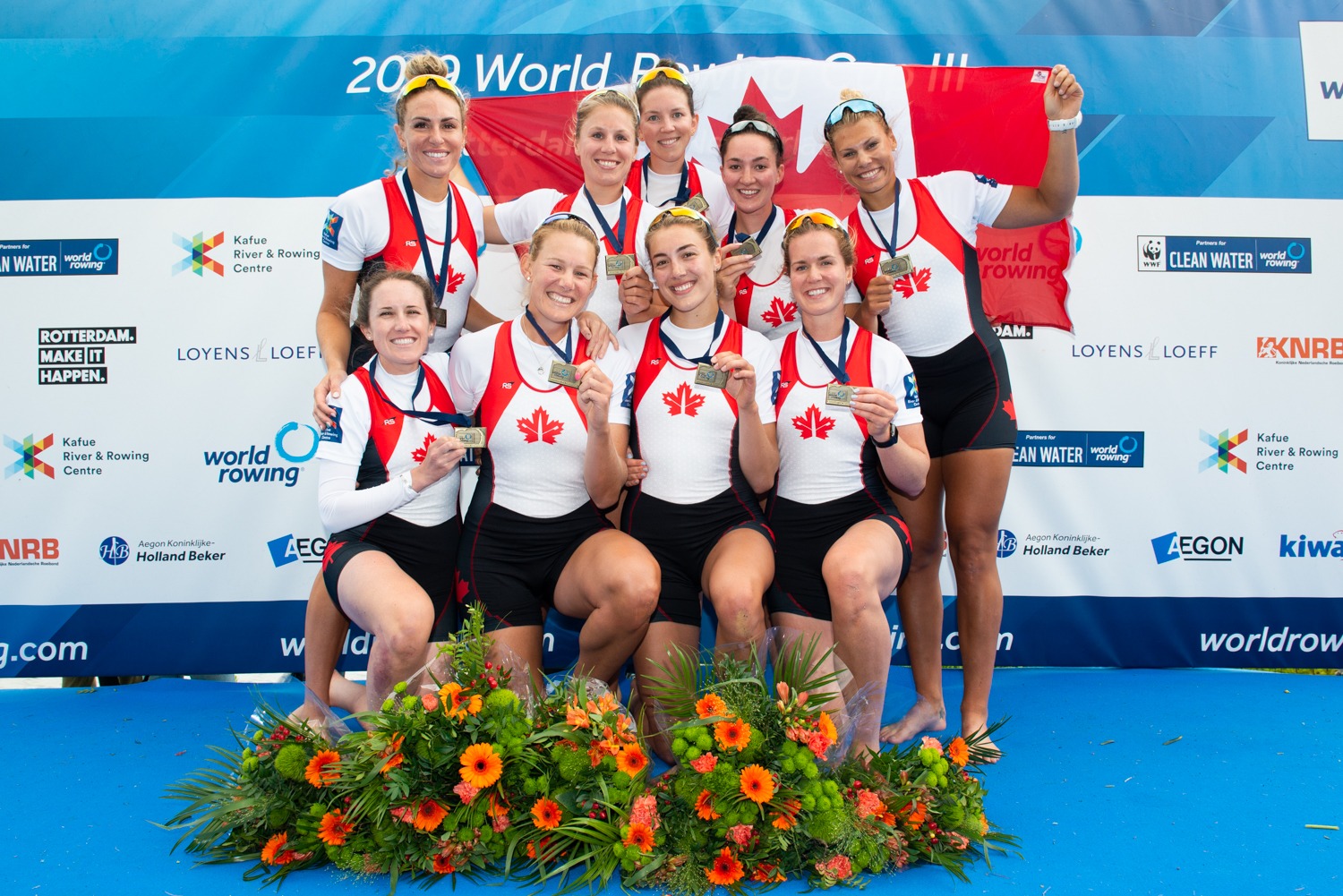 CAN1 Women’s Four crew, Sydney Payne (Toronto, ON) Lisa Roman(London, ON), Nicole Hare (Calgary, AB) and Hillary Janssens (Cloverdale, BC) battled in their A Final, finishing fourth overall behind Australia, Denmark and Romania. This is the first World Cup event for this Canadian women’s crew combination.

“Fourth place is always tough to swallow but we are proud of the way we executed our race today,” said Nicole Hare. “Our heads are high and we are excited to see what we can do leading into World Championships in August.”

Jill Moffatt (Bethany, ON) Jennifer Casson (Kingston, ON) won the B Final event in the Lightweight Women’s Double placing 7th overall as a new crew combination this year.

Schedule and Results available at worldrowing.com.